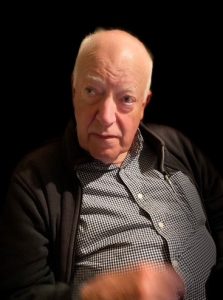 He studied at the Universities of Cambridge and Oxford and holds a PhD from the University of Kent. He has written extensively on topics in social philosophy, ethics, theory of knowledge, metaphysics from a Hegelian‑Marxist perspective.

His books include Marx and Alienation: Essays on Hegelian Themes (2011), Plato’s Republic: An Introduction (Edinburgh University Press, 1999), Marxism and Human Nature (Routledge, 1998), Reality and Reason: Dialectic and the Theory of Knowledge (Blackwell, 1985), and Hegel, Marx and Dialectic: A Debate (with Richard Norman 1980). He has published numerous articles in scholarly journals and books. His work has been translated into Chinese, French, German, Greek, Japanese, Korean, Russian and Turkish.